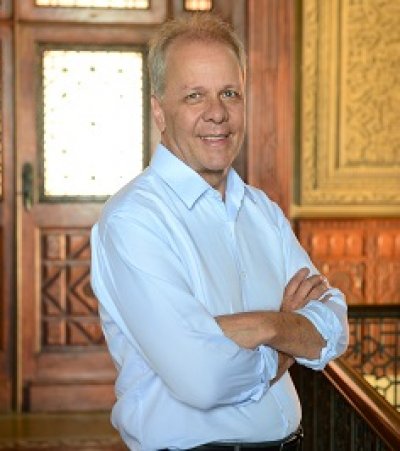 Rodrigo Correa-Oliveira Ph.D. is a Professor of Immunology and Vice-President for Research and Biological Collections at Fundação Oswaldo Cruz _ FIOCRUZ. He was the Director of Instituto René Rachou Fiocruz where he was also the Head of the laboratory of Cellular and Molecular Immunology.

He has a PhD in immunology from the Johns Hopkins University and is a Biologist from the Universidade Federal de Minas Gerais in Brasil. His studies are focused on the analysis of human immune responses to infection by Schistosoma mansoni, Trypanosoma cruzi, geo-helminths and more recently on Zika and dengue viruses. His research aims to understand the role of different immune mechanisms involved in the development of human pathology and resistance. His studies have shown a series of effects of the infection in humans as well as in animal models. His efforts as a researcher have led him to become the head of the vaccine Initiative against helminths and S. mansoni, in close collaboration with the George Washington University and the Baylor College of Medicine.

He is currently involved on several clinical trials on vaccines to different helminths and Zika virus. He has implemented a large number of national and internationally funded projects and have published 326 articles in peer review journals. He has supervised 36 Master's, 54 doctoral students and 26 post-doctoral fellows.

He is a member of the Brazilian and The World Academies of Sciences. During his career he has served in various committees in Brazil and international organisations. For 20 years, he has served as a member of various committees of the TDR-WHO, was the Chairperson of the Pathogenesis Committee for six years, and appointed to represent Brazil at the Joint Coordinating Board of TDR-WHO for five years and the Pan American Health Organization – PAHO for three years. He has also served on the National Research Council - CNPq, FAPEMIG, and the European Commission. He was Secretary General and President of the Brazilian Society of Immunology. He is a member of the Scientific Advisory Board of the Keystone Symposia, Scientific Board of the Instituto de Medicina Tropical of the Nova Universidade de Lisboa, Scientific Council of the CSEM Brazil, Board of the Royal Society of Scientific Publications and of Biominas Brasil.

He is a distinguished Researcher of CNPq, an Outstanding Alumnus of the UFMG, International Fellow of the American Society of Tropical Medicine and Hygiene, Adjunct Professor at George Washington University and Visiting Professor at the Federal University of Ouro Preto in Minas Gerais.