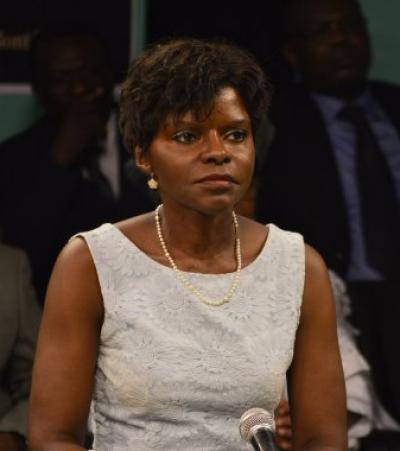 Francine Ntoumi is Founder, Chair and Executive Director of the Congolese Foundation for Medical Research, Republic of Congo, lecturer in Immunology at the University Marien Ngouabi, Republic of Congo, and Research Group Leader at the University of Tübingen, Germany. She is a member of several scientific committees and international scientific networks in Africa and Europe and serves as a reviewer for a number of leading scientific journals. Her main area of research is malaria, and throughout her career she has trained African scientists of various nationalities in disciplines such as immunology and molecular epidemiology.

Since January 2009, Prof Ntoumi has been involved in developing health research capacities in Central Africa through the Central Africa Network on Tuberculosis, HIV/AIDS and Malaria, (CANTAM). Between 2007 and 2010, she served as the first African leader of the Multilateral Initiative on Malaria (MIM), and in 2014 she was appointed to the board of the Global Health Scientific Advisory Board of the Bill & Melinda Gates Foundation and in 2015 to the Board of Directors of the International Aids Vaccine Initiative. In 2012, she received the African Union Kwame Nkrumah Regional Scientific Award for women and was also laureate of the RICE prize (Reseau International des Congolais de l’Etranger). She received the Georg Forster Prize, Germany and the Christophe Mérieux Prize , France in 2015 and 2016, respectively.