The scale of the problem of VL in pregnancy is underestimated

A new systematic review published today in PLOS Neglected Tropical Diseases has found that reports on the occurrence of Visceral Leishmaniasis (VL) in pregnant women are rare in published literature, are not systematically captured, and cases are rarely followed-up to detect the consequences of infection and treatment on the pregnant woman and foetus. 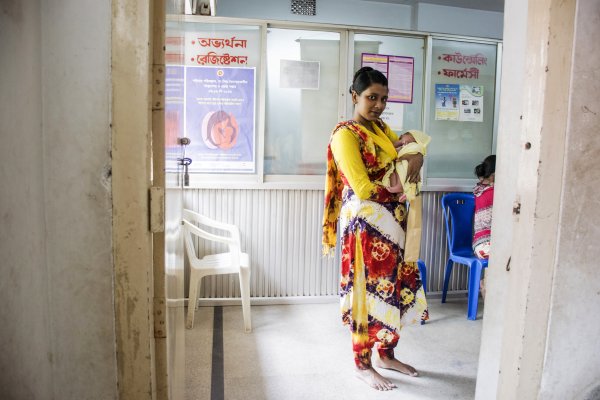 The review, Visceral Leishmaniasis in pregnancy and vertical transmission: A systematic literature review on the therapeutic orphans identifies reported cases and assesses the risk-benefit balance of antileishmanial therapies to the pregnant woman and the child. It brings together scattered observations of VL in pregnant women in the clinical literature and highlights that the disease in pregnancy is under-reported and under-studied. The authors found that information was often incomplete and it was difficult to derive generalisable information on outcomes, however, the findings suggest that liposomal amphotericin B (L-AmB) should be the preferred treatment for VL during pregnancy.

In practice, pregnant and lactating women are regularly excluded from clinical studies and are considered “therapeutic orphans”. IDDO researchers have previously found that existing knowledge on drug efficacy is derived from a study population that is heavily skewed towards adult males while, substantially less is known about the optimal treatment response in female patients. This means that existing therapeutic guidelines regarding drug usage in pregnancy are guided by limited evidence generated from case reports and small case series.

A recent IDDO large-scale systematic review and meta-analysis collating all reported serious adverse events (SAE) in VL clinical studies and quantifying the incidence of mortality during the first 30 days of therapy, found that mortality following treatment was an extremely rare event and SAEs were poorly reported. However, regulatory restrictions and the limited evidence on the safety of antileishmanial chemotherapeutics during pregnancy have meant that historically, clinicians had to rely on personal experience or limited published case-reports. This led to delays in treatment or it only being given when the adjudicated risk of VL to the pregnant women outweighed the risk posed by the drug.

Better understanding of the treatment of VL in pregnancy is important because of the severe impact of VL on pregnant women in low-income settings.

A leading scientist on the epidemiology of VL in the East African region, Professor Ahmed Musa, of IEND, University of Khartoum, said: “As a chronic illness visceral leishmaniasis (VL) is usually a barrier to pregnancy or causes miscarriage early on. However, in cases where the pregnancy continues, it often results in stillbirth or the child is born with some parasites and develops VL and in the majority of cases it is fatal. The added complication of access to limited rural health facilities means that VL in pregnant women is often undiagnosed and resulting in under-reporting in regional or national health statistics and to scant literature.”

One of the paper’s authors Dr Fabiana Alves, Head of Visceral Leishmaniasis Disease at Drugs for Neglected Diseases initiative (DNDi), said: “This is the most comprehensive review of visceral leishmaniasis in pregnant women and vertical transmission of leishmaniasis to date. Despite the limitations and paucity of data, this review confirms that liposomal amphotericin B is the safest treatment option for pregnant women, and it is critical to ensure access to L-AmB as a treatment of choice for this patient population. Prospectively, a pregnancy registry to systematically record data on pregnant women treated for visceral leishmaniasis should be promoted.”

This new paper aims to assess the risk-benefit balance of antileishmanial therapies to the pregnant woman and the child and to identify the cases of vertical transmission. It is the third in a series of systematic reviews aimed at enhancing the understanding about treatments for VL.

VL is a neglected tropical disease caused by Leishmania sp. parasites transmitted by female sandflies. The disease is endemic in parts of South Asia, East Africa, South America and the Mediterranean region, with an estimated 50,000 to 90,000 cases in 2019. A specific concern of public health relevance is the little knowledge of the consequences of VL and its treatment on the mother and the foetus.

For this review, IDDO screened 272 publications and identified a total of 72 records (1926–2020) describing 451 VL cases in pregnant women - read the full text of Visceral Leishmaniasis in pregnancy and vertical transmission: A systematic literature review on the therapeutic orphans.