A new study published today reveals the challenges of establishing sustainable and effective networks to tackle resistance to antimicrobial medicines in low- and middle-income countries (LMICs). 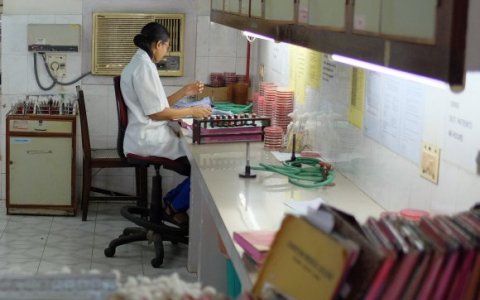 The study, ‘An inventory of supranational antimicrobial resistance surveillance networks involving low- and middle-income countries since 2000’, points out that strong leadership and sustained investment are essential to overcome the challenges.

LMICs shoulder the bulk of the global burden of infectious diseases and drug resistance, and whilst awareness of the threat of antimicrobial resistance (AMR) is growing, LMICs often have weaker surveillance systems and fewer resources to tackle the problem.

The study provides an analysis of supranational AMR surveillance networks involving LMICs that were in existence between January 2000 and August 2017. It assesses the impact and challenges of these networks and the implications for the Global Antimicrobial Resistance Surveillance System (GLASS). 72 AMR supranational networks were identified, but over half of them have already collapsed due to a variety of challenges, including the inability to secure ongoing funding.

An effective surveillance system is the cornerstone of assessing the burden of AMR and for providing the necessary information for action. The biggest challenges faced by the global networks were achieving high coverage across LMICs and complying with the recommended frequency of reporting.

In 2015, the 68th World Health Assembly adopted a Global Action Plan on Antimicrobial Resistance and the GLASS was established to support the implementation of one of the Plan’s five strategic objectives - to strengthen the evidence base through enhanced global surveillance and research.

GLASS aims to build up passive surveillance of antibacterial resistance integrated into routine case-management of patients, replacing the current monitoring methods for HIV, TB and malaria drug resistance, which usually rely on active surveillance efforts such as cross-sectional surveys or observational studies at sentinel sites.

However, lack of resources, low coverage and un-standardised surveillance activities in LMICs could challenge this global initiative. “Our analysis suggests that complementary active approaches may be needed in many LMICs. Antimicrobial resistance surveillance requires a level of laboratory infrastructure and training which is not always available,” said Dr Elizabeth Ashley, lead author of the study and Clinical Researcher at the Myanmar-Oxford Clinical Research Unit, University of Oxford.

The study suggests that a successful AMR surveillance network should be able to generate up-to-date comparable, representative, high-quality data. However, the networks identified were initiated by a variety of different organisations, including the World Health Organization, the pharmaceutical industry, and academic groups, resulting in a diversity of approaches. For example, academic networks tend to focus AMR surveillance around one specific clinical question while pharmaceutical companies had the objective of evaluating susceptibility to one specific drug.

Despite the challenges, Dr Ashley remains optimistic: “Having a better understanding of the challenges is the first step towards solving them. It is a positive sign that the UK government along with international organisations have vowed to tackle this issue and made a significant investment in supporting efforts to understand and address AMR.”

Ashley et al suggest that successful networks need strong leadership and coordination, and should influence policy and guidelines to have a positive impact on human and animal health. A ‘One Health’ approach to surveillance would take into account the interaction between drivers of AMR in humans, animals and the environment, and an up-to-date registry of networks could support a more coordinated approach, reduce duplication of effort, and improve sustainability.

This publication is the result of an independent study commissioned by Wellcome and funded by the UK’s Department of Health.