Researchers have created a mathematical model to predict genetic resistance to antimalarial drugs in Africa to manage one of the biggest threats to global malarial control. 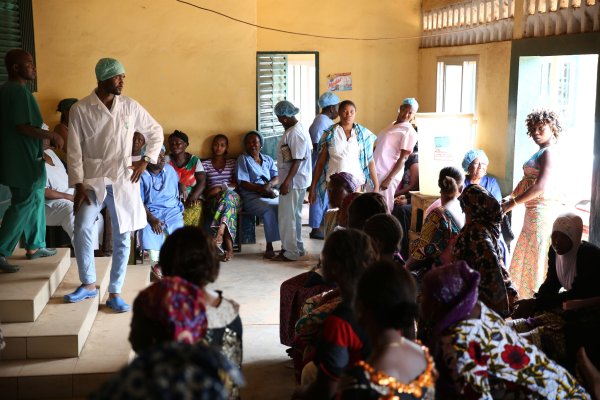 Malaria is a life-threatening disease caused by parasites and spread to humans through infected mosquitos. It is preventable and curable, yet resistance to current antimalarial drugs is causing avoidable loss of life. The World Health Organisation estimated there were 241 million cases of malaria worldwide in 2020, with more than 600,000 deaths.

Lead author Associate Professor Jennifer Flegg from the University of Melbourne said malaria has devastating impacts on lower-income countries and effective treatment is key to elimination.

“The antimalarial drug sulfadoxine-pyrimethamine (SP) is commonly used in various preventative malaria treatment programs in Africa, particularly for infants, young children and during pregnancy. But we know its efficacy as a treatment is threatened in areas where resistance to SP is high,” Associate Professor Flegg said.

“The statistical mapping tool we have developed is critical for health organisations to understand the spread of antimalarial resistance. The model takes in the data that is available and fills in the gaps by making continuous predictions in space and time.

“Health agencies can use this tool to understand when and where SP is appropriate to use as part preventive malaria treatments and where other antimalarial methods may need to be explored.”

Professor Karen Barnes, Head of WWARN Pharmacology and Elimination, said there is a rapidly increasing need for malaria chemoprevention (drugs that prevent malaria infections), but there are limited treatment options available.

“This timely evidence of the extent of SP resistance across Africa will help to inform where SP preventive treatment, alone or in combination with other antimalarials, would be most likely to have the greatest impact,” Professor Barnes said.

“A lot of the resistance mapping has understandably focused on the emerging resistance to the artemisinin-based antimalarials used for treating malaria. However, sulfadoxine-pyrimethamine is widely used all over Africa for the chemoprevention of malaria in pregnant women and children,” Professor ter Kuile said.

“Increasing resistance of the malaria parasite to sulfadoxine-pyrimethamine in Africa has been a concern for several decades. However, easily accessible resistance data was lacking.

“This study combines all the available SP resistance data from the last two decades in a single model. It allows national malaria control programmes and researchers to get much-needed data on the degree of resistance in a given area in a given year. This allows us to understand better the impact of sulfadoxine-pyrimethamine resistance on the effectiveness of these preventive interventions and determine if and when to consider alternative drugs for chemoprevention.”

The research received funding from the Bill & Melinda Gates Foundation, the Smith Institute for Applied Research, and the Australian Research Council.