Sulaiman Jalloh, a medical doctor from Sierra Leone, has recently joined IDDO for a research internship. Here, he talks about his career to date, his experiences during the 2014–16 Ebola outbreak and reflections about how future research should be prioritised. 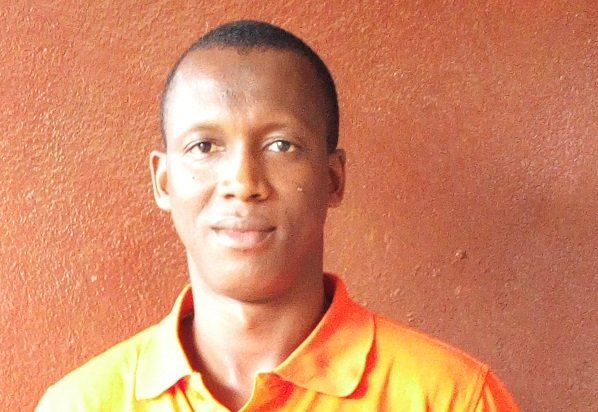 What was your background before you came to do your internship at IDDO?

I graduated from Sierra Leone’s only medical school and since then have worked in almost all of the national field hospitals. As a requirement to finish medical school, you need to work in all the major disciplines, which takes about two years to complete. You work under the supervision of senior medical doctors before becoming a fully qualified medical officer attending to patients on your own.

As part of my degree dissertation, I carried out a study on the use of mobile phones and how they can be used to improve access to medical care, which in Sierra Leone is not always easy in comparison to the UK. In remote settings, health facilities are often far away which can decrease accessibility, particularly for groups such as pregnant women. We looked at ways to improve this with the use of smartphones, which almost 90% of health workers have. One of the interventions was to create a network where health workers could call among themselves free of charge. In districts where this was implemented it improved easier and earlier access to care.

What made you apply for the internship and what do you hope to gain from it?

I was looking for an opportunity to gain more knowledge. I am interested in research, which is severely lacking in Sierra Leone, and hope to gain more research skills and build networks, which will serve as a useful resource when I return home.

What is the work you are doing at IDDO?

I am currently looking at how researchers have previously reported on clinical outcomes for patients with emerging infections such as the signs and symptoms and whether there were any complications. Many researchers have presented this in a multitude of different ways, we are trying to unify this and describe the outcomes in a more standardised way. This will enable clearer characterisation of the progression of the disease and is important to inform the creation of core, defined outcomes for future research.

Your work will focus on IDDO’s Ebola platform, what is your past experience with the disease?

During the 2014–16 outbreak, I was a doctor posted in the National Referral Pediatrics Hospital. This facility experienced the highest caseload in the whole country. I worked in the holding centre, which is where all patients with suspected Ebola were admitted. If a patient’s blood test came back positive, they were sent to a different facility. However, this took a long time and the sheer volume of patients meant we were often full to capacity and had to retain some of the confirmed cases, we were both a holding centre and a treatment centre at the same time.

I was privileged to be one of the few doctors  trained early in the outbreak, as the clinical lead of the holding centre I did patient rounds in the red zone (confirmed cases) and suspected cases. I also supervised the staff – doctors, nurses and other front-line colleagues. Our facility had a very high caseload due to a healthcare initiative that had started in 2010 giving free healthcare for pregnant women, lactating mothers and children under the age of five.

How does normal day-to-day activity change during an outbreak?

The protocol is very different and the work quickly becomes very busy and hectic. We had to wear full personal protective equipment (PPE) for up to two hours at a time depending on the caseload. HHHearing about people becoming infected and the risk of contamination was scary.

Who were the key people you worked with during the outbreak?

All our work was done under the leadership and coordination of the Sierra Leonean Ministry of Health and Sanitation, but was part of an international effort – we worked with colleagues from local and international non-governmental organizations (NGOs) and governments themselves. Working in the outbreak was a steep learning curve, I learned a lot and gained a vast amount of experience, particularly as the clinical lead because I was involved in most of the discussions, it was a good learning process for me.

All our work was done under the leadership and coordination of the Sierra Leone Ministry of Health and Sanitation, but was part of an international effort – we worked with many local and international partners including two NGOs. Working during the outbreak was a steep learning curve, I learned a lot and gained a vast amount of experience. I was involved in most of the discussions – it was a good learning process for me.

If you had to pick one thing that should be done differently in the case of another outbreak, what would it be?

In my opinion, many things could be done differently. As a doctor I think the response to the outbreak was very slow, for me just one Ebola case is enough to declare an outbreak and instigate a response. The early stage of the outbreak was very challenging because the seriousness of the situation had not been emphasized, the disease spread very quickly. When there’s an outbreak like Ebola in a setting that has recently been through civil conflict and has poor public health infrastructure it is very easy for diseases to quickly spread.

Why do you think IDDO’s Ebola Data Platform is important for Ebola research?

I think the IDDO platform is a good initiative that could be very useful for the research community as a whole, especially for countries like Sierra Leone, Guinea and others in West Africa. The platform’s work to increase knowledge and build capacity will provide good opportunities for those in low research capacity countries. I am very optimistic that people will use this data platform to request and access data to use for their own research.

What do you think the key priorities need to be in Ebola research going forwards?

Research on treatments is essential, as well as an increased the focus on the social aspects of Ebola. Treatments are urgently needed as well as research on some of the simple things. There are many things we did not know about during the Ebola outbreak, especially around the use of some types of medication to e.g. antiemetics. There were successful outcomes for some of these and their potential needs to be fully investigated. Hopefully the Ebola Data platform will be able to help us answer some of these questions.

The social aspect of Ebola is also very important to address, while political and social aspects contributed to the spread of Ebola, they also helped curtail it. Understanding the nuances of this and leveraging it in the case of another potential outbreak will be paramount. We know of areas that never received any resources or help, there were cases where people survived and understanding how this happened is crucial.

What do you hope to achieve in your career in the coming years?

Working during the Ebola outbreak was a difficult and devastating experience, but it did give me a different perspective and opportunities to work with many different partners. I have also developed a strong passion for global health and research. Many of the challenges we face in Sierra Leone could be solved through a public health approach, rather than individual patient care.

I hope while at IDDO to achieve as much research as possible. During the Ebola outbreak, I witnessed many colleagues die needlessly because of lack of proper infection prevention measures and poor public health systems. I have seen many children die of preventable diseases that could be tackled through public health measures. My ambition is to work in a research institute where I can contribute to the development of more effective policies and practices.