Two new WHO publications highlight the prevalence and impact of substandard and falsified medical products. An estimated 1 in 10 medical products circulating in low- and middle-income countries is either substandard or falsified, according to new research from the World Health Organization (WHO). 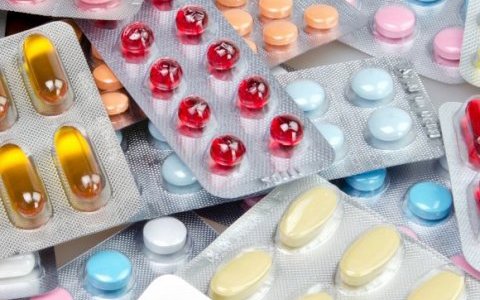 This means that people are taking medicines that fail to treat or prevent disease. Not only is this a waste of money for individuals and health systems that purchase these products, but substandard or falsified medical products can cause serious illness or even death.

“Substandard and falsified medicines particularly affect the most vulnerable communities,” says Dr Tedros Adhanom Ghebreyesus, WHO Director-General. “Imagine a mother who gives up food or other basic needs to pay for her child’s treatment, unaware that the medicines are substandard or falsified, and then that treatment causes her child to die. This is unacceptable. Countries have agreed on measures at the global level – it is time to translate them into tangible action.”

WHO launched its Global Surveillance and Monitoring System for substandard and falsified medicines, vaccines and in-vitro diagnostic tests in July 2013. The report, published today, is based on data collected during the first four years of operation up to 30 June 2017.

The second publication is ‘A study on the public health and socioeconomic impact of substandard or falsified medical products’ conducted by WHO and the Member State Mechanism. This study, based on 100 literature reviews and two peer-reviewed models developed by the University of Edinburgh and the London School of Hygiene & Tropical Medicine, estimates a 10.5% failure rate in all medical products used in low- and middle-income countries. The 100 papers reviewed provide data for more than 48,000 samples of medicines from 88 countries.

Together, the two reports represent the most comprehensive compilation to date of data related to substandard and falsified medical products and are a first step towards better understanding their public health and socioeconomic impact.

Since 2013, WHO has received 1500 reports of cases of substandard or falsified products. Of these, antimalarials and antibiotics are the most commonly reported. Most of the reports (42%) come from the WHO African Region, 21% from the WHO Region of the Americas, and 21% from the WHO European Region.

It is thought that this is just a small fraction of the total problem and many cases may be going unreported. For example, only 8% of reports of substandard or falsified products to WHO came from the WHO Western Pacific Region, 6% from the WHO Eastern Mediterranean Region, and just 2% from the WHO South-East Asia Region.

“Many of these products, like antibiotics, are vital for people’s survival and wellbeing,” says Dr Mariângela Simão, Assistant Director-General for Access to Medicines, Vaccines and Pharmaceuticals at WHO. “Substandard or falsified medicines not only have a tragic impact on individual patients and their families, but also are a threat to antimicrobial resistance, adding to the worrying trend of medicines losing their power to treat.”

The two reports are available on the WHO website:

You can also watch the launch of the publications on YouTube

Information courtesy of WHO Media centre.