An investigation conducted by the international medical organisation Médecins Sans Frontières/Doctors Without Borders (MSF) revealed that over a 1,000 people in a remote area of the Democratic Republic of Congo (DRC) ingested pills of diazepam which actually contained haloperidol. 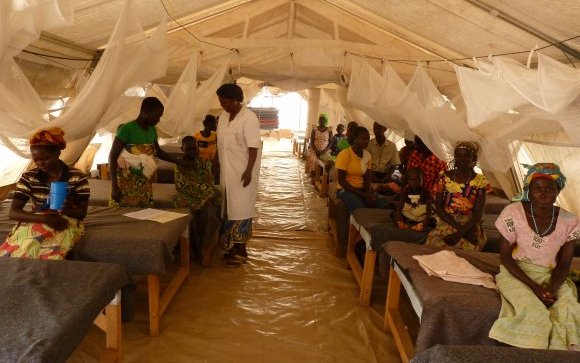 As a result, they suffered toxic effects and ended up in hospital with symptoms similar to those caused by meningitis. The results of the investigation, which was conducted in 2015, were reported in an article published in The Lancet Global Health on 17 January 2017.

“Poor quality medicines negate all the modern advances made in pharmacy and public health,” says MSF’s Dr Nicolas Peyraud, the article’s leading author. “This outbreak of severe toxicity through falsified medicines should be a wake-up call for the global public health community to ensure that all patients, especially those in vulnerable communities, benefit from well-advised prescribing and access to good quality medicines.”

In late 2014, people began to arrive at health centres in Ituri district, near DRC’s border with Uganda, with symptoms including neck stiffness and involuntary muscle contractions. By August 2015, more than 1,000 patients had been admitted to health facilities run by MSF and the Ministry of Health.

Health staff initially suspected an outbreak of meningitis. However, further investigation suggested that symptoms were caused by patients ingesting a toxic substance. After analysing samples of medications commonly prescribed in the area, the toxin was traced to tablets sold locally as diazepam but which, in fact, contained haloperidol, an antipsychotic drug used in the treatment of schizophrenia.

Diazepam is generally used to treat a range of conditions, including anxiety and seizures, but in the Ituri region its use is even more widespread. Patients are frequently prescribed diazepam for a wide range of illnesses, from sleeping disorders to headaches and even malaria.

Haloperidol is known to cause acute dystonic reactions – or involuntary muscle contractions. “While these muscle contractions of the face, eyes, tongue, neck or arms are rarely life-threatening, they often cause distress, panic and shame for patients,” says Dr Peyraud.

MSF immediately alerted the Ministry of Health of DRC and the World Health Organization, which issued an alert identifying the suspect products. An investigation is underway into how the wrongly labelled medicines came to be available on the market. The investigation is complex and likely to involve drugs that have been intentionally falsified, as well as substandard medicines in general.

“Falsified and substandard medicines pose unacceptable and avoidable risks to public health. We need to enhance the international support for medicine regulatory agencies and work together to tackle this global menace that threatens us all,” adds Prof Paul Newton, Head of the Medicine Quality Group at the Infectious Diseases Data Observatory and an author of the paper.