The challenge of AMR is being addressed by a number of organisations and strategies, including the Fleming Fund that was launched in 2015 in response to the global crisis of AMR. The fund is being used to support AMR surveillance and laboratory capacity strengthening in low- and middle-income countries (LMICs). 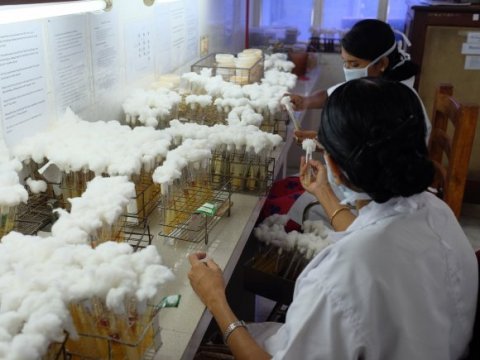 This report, Antimicrobial Resistance in Low and Middle Income Countries: An analysis of Surveillance Networks, is one of the outputs of an independent study which was commissioned as scoping work for the Fleming Fund by Wellcome in 2016, and funded by the UK Department of Health. The report describes the role of supranational networks in AMR surveillance in LMICs to date and reflects on their impacts and challenges. It also draws out the implications of the analysis for the Global Antimicrobial Resistance Surveillance System (GLASS).

The report describes a wide array of 105 supranational networks, both past and present, concerned with AMR surveillance in LMICs. The majority are for antibacterial resistance surveillance and were initiated by a variety of different organisations, such as the World Health Organization, the pharmaceutical industry, and academic groups.

Important impacts of the networks include influencing national treatment policies, improvements in laboratory capacity as a result of establishing networks of reference laboratories and quality management systems, and standardisation of surveillance methodologies including data analysis, data sharing, and exchange of information and knowledge between countries.

There have also been a number of challenges such as poor coverage of global surveillance programmes, notably over much of sub-Saharan Africa and India. Obtaining representative and comparable data, in particular for drug-resistant bacterial infections has proved extremely challenging. Most networks do not have a clear data access policy and reporting delays are common.

The report offers a number of suggestions for a successful network, including generating comparable, representative, high-quality data on pathogens of concern from the target population(s), being able to detect and track outbreaks in real time, having rapid, effective mechanisms for communication and reporting and a responsible data sharing policy. It concludes that networks need strong leadership and coordination, and should influence guidelines and policy to impact human and animal health. The report also suggests that a global registry of networks would be a useful resource to promote a more coordinated approach to AMR surveillance.

Read more about the challenges of establishing sustainable and effective networks