How poor quality medicines get to your house

A booklet aimed at the general public examines the supply chain and how market globalisation put the quality of medicines at stake. 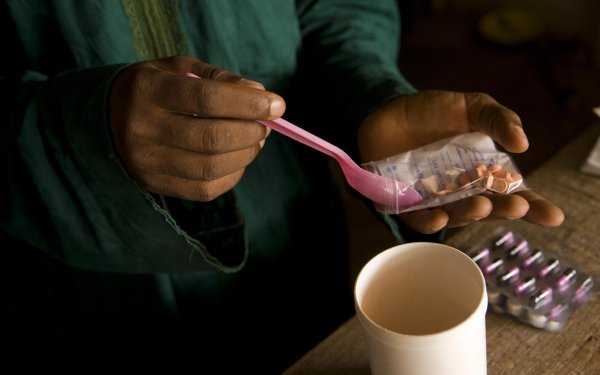 A clearly written booklet by the late Jacques Pinel, a seasoned pharmacist who shaped Médicins Sans Frontières (MSF)'s international logistics, has just been made available to help non-specialists understand the reach and the risks of the poor quality medicines market.

Aware of the threats, particularly to people in developing countries, Pinel dedicated the last years of his life to writing Falsified and Sub-standard Medicines: Danger of Death. Sadly, he passed away before he could finish it, in August 2015. His colleagues - to whom he had been an inspiration since he joined MSF in 1979 as a volunteer in a refugee camp in Thailand - decided to finish and publish the work “in Jacques’ spirit so as to make it available to as many people as possible”. The booklet has been finalised, and can be dowloaded here or at the link on the right.

“Jacques taught us that when we advocate for universal access to quality-assured medicines we have to use a language comprehensible to all, whether they are doctors, academics, politicians, journalists or patients,” says Raffaella Ravinetto, of the Institute of Tropical Medicine Antwerp. “The importance of translating technical information in lay language is demonstrated by the experience of the advocates of access to medicines, who managed to make complex intellectual property issues understandable by the scientific and international community, creating a powerful advocacy movement.”

The 50-page-long booklet is aimed at lay readers. It begins with the explanation of basic concepts, such as 'What is a ‘true’ medicine?' – a combination of an active ingredient, information and marketing authorisation – and the difference between fakes and substandard medical products. As the publication shows, there is a lot to learn about it.

While falsified or counterfeit medicines are a blunt fraud “always beyond the control of the National Regulatory Authorities”, according to the authors, substandard drugs are a more nuanced issue, taking place within legal frameworks. Medicines may end up substandard by mistake, negligence or insufficient resources. They can become unstable, when active ingredients are degraded by faulty packaging, or be non-bioavailable, when the active ingredient is not freed in the digestive tract because the tablet has been over-compressed and therefore does not properly disintegrate. Medicines can also be contaminated during production, or not properly sterilised.

Throughout the booklet the authors highlight the importance of the National Regulatory Authorities (NRAs), ultimately the most important piece in the market chain, both in rich and developing countries. Because of globalisation and free trade, production is now scattered around the world, outside the consuming markets. Within this system, companies tailor their medicines to the rules of their final destination. Even though rich countries adopt stringent standards of production, the law is enforced only for products sold in their internal market. Drugs marked “for export only”, even if produced in Europe, are eventually inspected only by the NRAs in the countries importing them.

“Poor-quality meals can be prepared even in a modern kitchen,” states Pinel. “Likewise it is entirely possible to manufacture substandard medicines in a factory that conforms to the European Good Manufacturing Practices.”

In the global race for the lowest price, medicine production found a suitable home in emerging nations with low-cost labour, such as India and China. From there, drugs travel to far-away markets, under little binding import/export regulation, through “a horde of intermediaries”, the authors point out. If the final destination is a developing country, it is very likely that the NRA have low technical capacity to oversee the drug market.

“The substandard medicines are legion in the poorly regulated, most-deprived countries, which are very vulnerable within the framework of international trade relations,” the booklet points out.

Pinel reminds patients that they are not entirely safe even in rich countries with strong NRAs. Although they account for less than 1% of the market, substandard and fake medicines are increasingly finding their way to consumers through the internet.

“Jacques Pinel’s last contribution is a powerful and accessible tool to engage the public in the fight against poor quality medicines, both in developing and rich countries”, says Prof Philippe Guérin, director of the Infectious Diseases Data Observatory. “It’s a wonderful little book. I encourage everyone working in global health to widely share it with colleagues and patients.”

The booklet finishes with a glossary providing simplified definitions in order to help readers navigate the concepts and directives ruling the medicine supply chain.