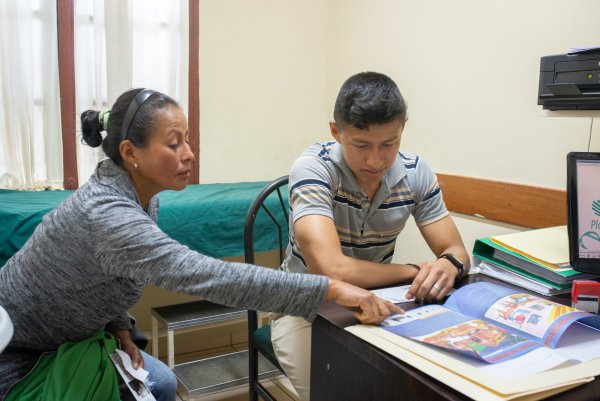 The paper, The Chagas disease study landscape: a systematic review of clinical and observational antiparasitic treatment studies to assess the feasibility of establishing an individual participant-level data (IPD) platform also highlights significant differences in study design, diagnostic methods, duration of follow-up, and the timing of outcome assessment used by investigators even in the last decade.

This systematic review assessed the feasibility of establishing an IPD platform and included clinical data from 23,116 patients from prospective Chagas disease studies published after 1997 with patients receiving a trypanocidal treatment. Researchers found that harnessing IPD from past studies could help to answer some outstanding research questions, and inform prospective data collection. Currently there are very limited options for the treatment of Chagas disease. The two major drugs, Benznidazole and nifurtimox, were both discovered half a century ago and have some limitations.

Existing IPD, collected in past clinical trials and longitudinal observational studies, could be pooled and used to generate new evidence to address knowledge gaps and guide research priorities to strengthen evidence for the treatment and diagnosis of Chagas disease.

The platform launched by IDDO and the Drugs for Neglected Diseases Initiative (DNDi) in 2019 helps to strengthen collaboration between researchers and avoid duplication, both critical to the IPD analyses efforts.

Chagas disease, also known as American Trypanosomiasis, is a neglected tropical disease transmitted by triatomine insects, and was first identified in 1909. It is caused by the parasite Trypanosoma cruzi and affects up to seven million people worldwide. Chagas disease is prevalent in 21 countries in Latin America where most cases are reported, but there is increasing evidence that Chagas disease is becoming a more widespread public health issue and is also present in North America, Europe, Japan and Australia – putting up 70 million people at risk. Chagas disease can take a multi-functional toll on the digestive and nervous systems, as well as on the heart.

About six million people live with the disease worldwide and more than one million people suffer from chronic Chagas cardiomyopathy, which diminishes the heart’s blood-pumping function, leading to heart failure which often causes irreversible damage. Several limitations still exist in the understanding of Chagas disease, including its pathologies and factors relating to progression, and this is compounded by a lack of diagnosis and highly effective treatment.

Managed by IDDO with full support by DNDi, the platform's mission is to develop new and better treatments for Chagas disease and other NTDs. This kind of IPD platform initiative has had proven success in the context of malaria, as demonstrated by the WorldWide Antimalarial Resistance Network (WWARN), a platform hosted by the Infectious Diseases Data Observatory (IDDO). This unique, decade-long collaborative data-sharing framework has shown it is possible to produce policy-changing scientific evidence from historical data. IDDO has now expanded beyond malaria clinical trial data, and is working with the wider research community to facilitate data platforms for other neglected diseases and emerging infections including visceral leishmaniasis, schistosomiasis and soil-transmitted helminthiases, Ebola and COVID-19.