Bangkok / Oxford, 22 August 2018 – The economic costs of antimicrobial resistance (AMR) for every course of antibiotics are considerable, and much higher than their purchase cost, say researchers. 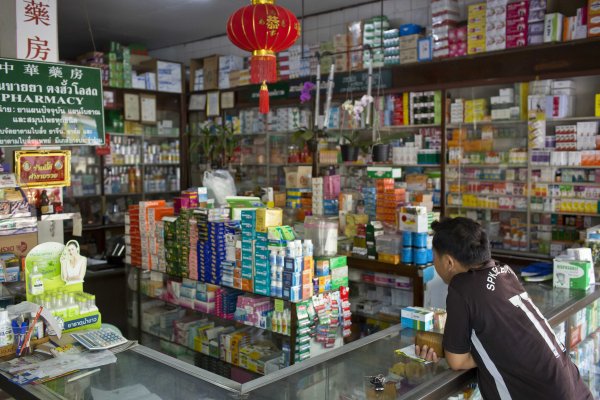 i
The economic costs of antimicrobial resistance (AMR) are higher than the sales price of most popular antibiotics, according to a recent MORU/IDDO study. Curbing the unnecessary use of antibiotics is key to dealing with the AMR issue head on, particularly in SE Asia, which has the highest rates of AMR and a big, informal medicine dispensing sector that aggravates the AMR problem. ©2018 MORU/Wellcome.

In a landmark study, a team of researchers led by the Mahidol Oxford Research Centre (MORU) and the Infectious Diseases Data Observatory (IDDO) used data from the USA and Thailand to link the consumption of antibiotics with the direct and indirect costs of treating patients for five drug-resistant bacterial infections.

In a first, the experts looked at the consequences of antibiotic treatment failure –  higher death rates, lost earnings, more expensive diagnostics, costs to care providers and health systems – to calculate in USD the cost of antimicrobial resistance (AMR) for five types of antibiotic drugs widely used in the USA, a high-income country (HIC),  and in Thailand, a lower-middle income country (LMIC).

These estimates will help us to better understand the true costs of AMR associated with antibiotic consumption. They provide policy makers and health carers with data they can use to decide on how best to deploy their limited resources to fight drug-resistant infections,” says first author, Poojan Shrestha, researcher at the IDDO.

The study found that in the US, a full course of amoxicillin, which costs under USD10, had an additional AMR cost of US$18.60. In Thailand, a full course of widely used amoxicillin/clavulanic acid, which can be purchased for under USD2 over the counter in most pharmacies, had an estimated AMR cost of USD10.40. Multiplying each drug’s AMR costs by the number of treatment doses would allow health authorities to make better, more informed treatment decisions, the authors say.

These figures will allow us to make more evidence-based health care decisions – and consider alternatives such as low-cost rapid diagnostic tests to confirm bacterial infection, a measure which could help reduce antibiotic consumption and slow the spread of drug-resistant infections,” said Prof. Yoel Lubell, lead author and Senior Health Economist at MORU.

Each year, an estimated 700,000 people around the world die of drug resistant infections, with one report estimating that this will rise to 10 million people a year unless proactive solutions are found to slow the rise of AMR infections.

This study is an important first attempt to produce a menu of estimates for the costs of AMR and provides a useful benchmark by comparing two locations and contrasting settings: the USA, which has a relatively low AMR burden, and Thailand, which has much higher consumption and drug resistance rates for antibiotics,” says Prof Philippe Guerin, co-author and Director of IDDO.

“Generating strong estimates of the costs associated with antimicrobial resistance is very difficult, but is a challenge that we must attempt to overcome if we are to make the best use of the resources available and fight drug resistance,” explains Prof Joanna Coast, researcher at the School of Social and Community Medicine, University of Bristol.

Noting that their assumptions are conservative and likely underestimate the full economic costs of AMR per antibiotic consumed, the study authors suggest that further studies are urgently needed.

“We have to start dealing with the AMR issue head on, and curbing the unnecessary use of antibiotics is key. We are keen to develop further studies across SE Asia, where we find the highest rates of AMR. Many SE Asian countries have little regulation of antibiotics and a big, informal medicine dispensing sector that aggravates the AMR problem. The study findings can help identify cost-effective interventions to fight AMR. Failing to act now puts the lives of millions at risk as treatment failures become increasingly widespread,” said Prof. Lubell.

Use this web-based application to calculate the economic cost of AMR for other countries: https://moru.shinyapps.io/amrcost/ .

This web-based application can be used to calculate the economic cost of AMR in different countries. The user can use the default values provided or choose to customise the input parameters (e.g. for a different country, given the availability of data) to generate a menu of costs of AMR.