Das and colleagues published in November 2018 a short letter entitled ‘Evidence of Artemisinin-Resistant Plasmodium falciparum Malaria in Eastern India’. In a subsequent paper published in CID, the same group reported the results of a study conducted between 2014–2016 in the same region, where 15 patients out of 226 had prolonged parasite clearance of which 13 carried the G625R mutation and 2 carried the R539T mutation. 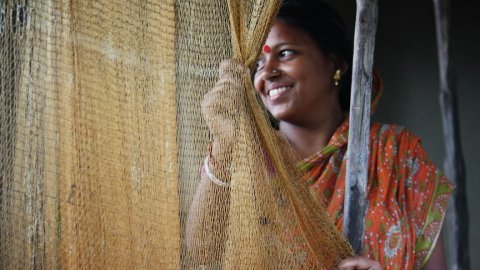 The letter summarised a 2013–2014 study in the lower Ganges delta region, West Bengal State, India in which 5 of 136 patients exhibited slow clearance of parasites after a standard 3 day treatment with antimalarials SP-Artesunate. Parasites from these 5 patients all carried a pfk13 propeller mutation, 4 at codon G625R, a mutation (G625R) which had not yet been reported to be associated with artemisinin resistance, and the fifth, at codon R539T. This is worrying, since parasites with the R539T mutation have been associated with prolonged parasite clearance after ACT treatment in Cambodia and the eastern part of the Greater Mekong Sub-region.

In a subsequent paper published in December 2018 in Clinical Infectious Diseases, the same group has now reported in more detail the results of a study conducted between 2014–2016 in the same region. In that study, 15 patients out of 226 had prolonged parasite clearances. Among these, 13 carried parasites with the novel G625R mutation and 2 patients had parasites with the R539T mutation known to be associated with slow parasite clearance. Five patients carrying the parasites with R539T mutations had been working in Cambodia during the 15 days before inclusion in the study, suggesting importation of resistant strains.

Philippe Guérin, Director of IDDO comments “Further study of contemporary isolates from the West Bengal region is urgently needed to determine whether these particular genotypes have expanded in the parasite population since 2016. Those findings are worrisome as it may indicate an expansion of artemisinin resistance westward and/or an emergence, but in any case those new findings could be a potential risk for the control of malaria in India and elsewhere”