Research collaboration maps close to 10,000 samples on molecular markers surveyor, in near real-time

Research collaboration maps close to 10,000 samples on molecular markers surveyor, in near real-time. 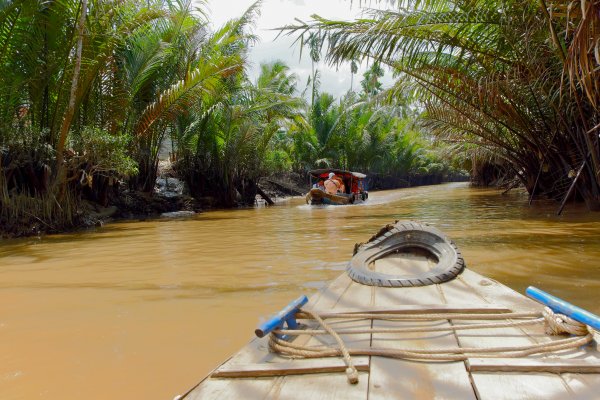 A team of researchers seeking to support malaria control and elimination efforts in the Greater Mekong Subregion (GMS) have gathered data from close to 10,000 unique specimens for mapping on the ACT Partner Drug Molecular Surveyor – a summary of the prevalence and distribution of molecular markers of resistance to partner drugs in Artemisinin Combination Therapies (ACTs).

In the context of increasing artemisinin resistance (ART-R), the effectiveness of the antimalarial partner drugs becomes the most important determinant of artemisinin-based combination treatment (ACT) efficacy. The molecular and in vitro surveillance of ACT partner drug efficacy in the GMS (MIVS-ACT), funded by the French 5% Initiative on AIDS, Tuberculosis and Malaria, is a research programme which is demonstrating the feasibility and value of efficient and effective molecular monitoring in the GMS Region, where drug resistance is highly prevalent. The MIVS-ACT programme team are providing timely data to support global health decision makers to implement optimal antimalarial treatment strategies.

Over the course of 3 years, the MIVS-ACT team has gathered and tested close to 9,200 specimens with the aim of mapping the resulting molecular surveillance data on the ACT Partner Drug Molecular Surveyor within 3 months from reception of specimens in the laboratory. The maps help to track the spread or emergence of parasites carrying markers of resistance to antimalarials commonly used within the GMS. These include gene amplifications of the P. falciparum multidrug resistance gene (pfmdr1), a marker for resistance to mefloquine, and of the P. falciparum plasmepsin2 gene (pfpm2), which has been recently identified as a marker for piperaquine resistance. In combination with the Artemisinin Molecular Surveyor, these maps provide a comprehensive overview of the antimalarial drug resistance landscape across the region and the malaria endemic world.

The programme team expect to attain or exceed the target of 10,000 specimens in the coming months. Information will then be consolidated into heat maps depicting foci of drug resistance; the maps will highlight information gaps where further sampling needs to be conducted to improve spatial estimates of the prevalence of drug resistant parasites.

“The drug resistance profile of parasite populations can change rapidly as we have observed across the GMS within the last few years. Molecular surveillance data can provide useful information on drug resistance from locations where drug efficacy trials may be difficult or impossible to implement. Through the MIVS-ACT project, we provide up-to-date molecular marker surveillance maps to support national governments and public health officials to optimise treatments for patients with malaria,” says Associate Prof Mallika Imwong, Head of the Department of Molecular Tropical Medicine & Genetics at Mahidol University.

These data are being complemented with in vitro phenotyping of more than 200 isolates selected from across the region to assess parasite susceptibility to ACTs, and to monitor for resistance emerging due to known or as yet uncharacterised or candidate genetic markers.

Global health policy makers can use these results to aid the selection of drug combinations for treatment, including as part of novel strategies – such as drug rotation, sequential administration or triple ACT combinations – to prolong the efficacy of current antimalarials and urgently support containment and elimination goals in the region.

“We need to maintain the efficacy of life-saving ACTs for as long as we can and we hope these data from all our partners is helping to make this possible,” said Dr Mehul Dhorda, Head of WWARN’s Asia Regional Centre. He added, “In addition to providing urgent information that can assist public health officials, we are strengthening laboratory capacity in the region so that effective surveillance can become part of regular monitoring activities. Our unique proficiency testing scheme for antimalarial drug resistance markers provides blinded specimens with parasites carrying resistance-conferring mutations to laboratories performing such testing. These specimens can also be provided as reference materials to validate genotyping assays in participating laboratories.”

The MIVS-ACT programme is a research consortium led by the Faculty of Tropical Medicine  at Mahidol University  in Bangkok implemented the project in 2019 in partnership with the Mahidol Oxford Tropical Medicine Research Unit Tropical Health Network (MORU), the WorldWide Antimalarial Resistance Network (WWARN), part of IDDO, and the Institut Pasteur du Cambodge.  The MIVS-ACT Project is possible thanks to strategic funding support of the 5% Initiative on AIDS, Tuberculosis and Malaria, implemented by Expertise France and funded by the French Ministry for Europe and Foreign Affairs  in support of the Global Fund to Fight AIDS, Tuberculosis and Malaria.