Rob van der Pluijm presents findings from the Tracking Resistance to Artemesinin Collaboration II programme, which looks at the further extension of drug resistant malaria in Southeast Asia, and the innovative analyses of Triple artemisinin combination therapies (TACTs). Latest news of the launch plans for the third phase of research known as the Developing Triple Artemisinin-based Combination Therapies (DeTACT) Project in Africa and Asia. 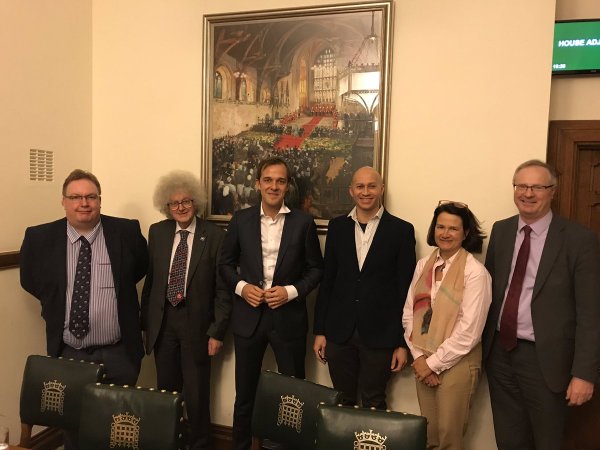 TRACII trials recruited over 1,000 patients across Asia with uncomplicated falciparum malaria to see how well they responded to treatment with triple ACTs dihydroartemisinin-piperaquine with mefloquine and artemether-lumefantrine with amodiaquine. Early results are encouraging and suggest TACTs are safe and highly efficacious, even against multi-drug resistant falciparum malaria. In areas with failing ACTs, the aim of triple ACTs is to restore antimalarial efficacy, whereas in areas where ACTs still work or artemisinin resistance has not yet arrived, it has the potential to delay the emergence of drug resistance.

Mehul Dhorda, Coordinator for the Africa component of the latest project DeTACT, explains, “Before such combinations can be recommended for more widespread treatment, especially in highly endemic regions of Africa where children are most affected by malaria, their safety and tolerability must be verified. We are now extending the programme to African countries to develop our understanding of how triple ACTs will work in divergent African settings and parasite populations.”

The DeTACT programme is being established across 14 trial sites in 8 African - the Gambia, Nigeria, Tanzania, Guinea, Niger, Malawi, Burkina Faso and DR Congo – and 6 in Asia – India (2), Cambodia, Bangladesh, Indonesia and Myanmar. The project will explore the efficacy, safety and tolerability by comparing two widely used drug combinations (artemether-lumefantrine (AL) and arterolane-piperaquine (ART-Pip) against two TACTs constituted of one additional drug added to each of these combinations (AL + amodiaquine and ART-Pip + mefloquine, respectively).

DeTACT is particularly urgent because TRAC II results confirm that strains of P. falciparum malaria parasite highly resistant to artemisinins, our most effective antimalarial drugs, continue to  rapidly spread out of Cambodia and across SE Asia. These malaria ‘superbugs’ are causing a large increase in treatment failures in malaria patients across the Greater Mekong Subregion, and if they emerge in Africa, put millions, especially children under 5, at risk.

The DeTACT Project is led by Arjen Dondorp, WWARN SAC Member, Deputy Director and Head of Malaria Research at MORU.

“Drug resistance continues to be prevalent across Southeast Asia, jeopardising the healthy recovery of patients in many countries. Malaria elimination will only be achieved if we have effective drugs to treat the disease,” says Arjen, “These Triple combination ACTs can provide an effective and safe malaria treatment, using a combination of already available antimalarial drugs.”

Dr Melanie Renshaw of the African Leaders Malaria Alliance will chair a project steering committee of representatives from the Asia-Pacific Leaders Malaria Alliance, WHO, malaria civil society organisations and academia that will advise the DeTACT management team as it implements activities to make TACTs available to malaria control and elimination campaigns worldwide.

The WWARN Asia Regional Office, under the oversight of Mehul Dhorda, will continue to support this third phase of the DeTACT programme with external quality assurance of trial specimen collection and processing, as well as malaria microscopy, coordinated by Ranitha Vongpromek.

Both TRAC II and DeTACT were recently presented at an event hosted by the APPG on Malaria & NTDs* who gathered Tuesday, March 19th at Westminster, the UK Houses of Parliament. APPG Chair Jeremy Lefroy MP welcomed Rob van der Pluijm on behalf of the Mahidol-Oxford Tropical Medicine Research Unit (MORU), and the TRAC II and DeTACT Project partners. Catherine West MP, Baroness Hayman and other MPs joined the UK Department for International Development’s (DfID) Senior Global Health Advisor, alongside colleagues from the Wellcome Trust, LSHTM, Imperial College and other malaria advocacy groups to hear about these innovative treatment findings from the field.

The UK remains one of the largest donor governments to invest in the fight against malaria. UK funding supports life-saving programmes through DfID and the Global Fund to Fights Aids, TB and Malaria.

Pertinent questions for Rob van der Pluijm during the presentation included whether the DeTACT Project was an innovative attempt at ‘global health preparedness’ for eventual drug resistance in Africa. Another guest asked whether the WHO and national health programmes in endemic countries were likely to recommend triple dose treatments soon enough to prevent or slow the impact of drug resistance. Also of interest was a question whether Mefloquine was well tolerated by patients when part of the Triple ACT combination TRAC II trials.

TRAC II and DeTACT are funded by UK Department for International Development’s (DfID).

*Members of the UK parliament (MPs) from different political parties convene All-Party Parliamentary Groups; together with partners from across civil society they gather to discuss themes of particular importance to the UK government and it’s populace.

Text and photo credit: Andrea Stewart. With thanks to MORU team for providing programme insights.